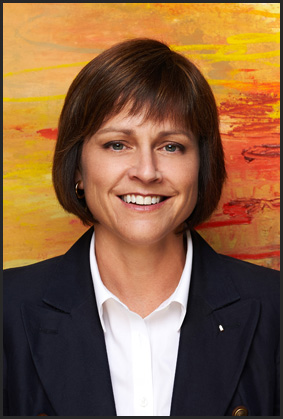 Jane Collis is a Consultant for the property and private client practice group, specialising in estate planning, wills, enduring powers of attorney, receivership, probate and international and domestic trust structuring.

Jane began her working career as a private client attorney in the trusts and estates department of Appleby, Spurling & Kempe. In 1995, she assumed the position of Managing Director and Legal Counsel of St. George’s Trust Company. In 1999, Jane opted for a change of pace and established herself as an independent practitioner offering estate planning advice, wills, and trust and corporate services to a small group of high net worth clients. She left Bermuda in 2009 to live in Canada and returned to Bermuda in 2013 to resume her legal practice. Since her return, Jane has grown interested in advancing legal protection for seniors from financial and other forms of abuse and works with Age Concern to educate and empower seniors. She formed a Law Reform Committee in 2014 to focus on seniors’ issues, which made recommendations to Government for relevant legislative amendments. Recognising the practical role collaborative law could play in resolving inter-generational property and estate conflicts, Jane received training in collaborative law and is a member of the Collaborative Alliance of Bermuda. Jane is a Notary Public and Commissioner of Oaths.

Jane was called to the Bar of England and Wales (Middle Temple) in October, 1990 and to the Bermuda Bar in March, 1992.

This website uses cookies to improve your experience while you navigate through the website. Out of these, the cookies that are categorized as necessary are stored on your browser as they are essential for the working of basic functionalities of the website. We also use third-party cookies that help us analyze and understand how you use this website. These cookies will be stored in your browser only with your consent. You also have the option to opt-out of these cookies. But opting out of some of these cookies may affect your browsing experience.
Necessary Always Enabled
Necessary cookies are absolutely essential for the website to function properly. This category only includes cookies that ensures basic functionalities and security features of the website. These cookies do not store any personal information.
Non-necessary
Any cookies that may not be particularly necessary for the website to function and is used specifically to collect user personal data via analytics, ads, other embedded contents are termed as non-necessary cookies. It is mandatory to procure user consent prior to running these cookies on your website.
SAVE & ACCEPT