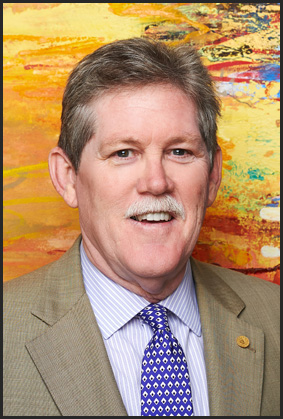 John Barritt is a consultant attorney who joined MJM in 2004 following his retirement as a partner from the law firm Appleby Spurling & Kempe where he had a varied practice in litigation, conveyancing (property law) and trusts. Mr. Barritt is a former member of the Bermuda Legislature, having served as an elected Member of Parliament in the House of Assembly from 1993 until he stepped down in September 2011. Mr. Barritt served in several different capacities during his tenure: from Government Whip to Cabinet Minister to Opposition Whip and Opposition House Leader and finally upon his retirement Leader of the Opposition. Her Majesty the Queen granted Mr. Barritt the right to use the title “the Honourable” in December 2015 in recognition of his years of service in the Bermuda Legislature.

Mr. Barritt commenced his practice of law with Appleby Spurling & Kempe in 1986 as an associate attorney specialising in criminal, civil and commercial litigation. In 1990 he was invited into the partnership of Appleby Spurling & Kempe and served as head of the firm’s property department in which he practiced property law from 1995 until 2002. He then moved into Appleby’s trust department where he worked as senior counsel and served as acting head of the department until his retirement from the firm in July 2004.

Mr. Barritt currently works with both the litigation and property, trusts and estates practice groups of MJM, and his principal focus is providing private client advisory services, whether in trusts or in connection with litigation matters. He has appeared before the Courts of Bermuda at every level. He is a Justice of the Peace, Notary Public, and Commissioner of Oaths.